The day before the regatta, sailors from Shanklin launched their boats through surfing waves into a fairly stiff onshore breeze.  With the forecast for more of the same it looked like a repeat of the same event two years ago when boats were doing acrobatic tricks trying to launch. However on the first morning of the championship the wind was down to a force three easterly and no bravery was required to get on the water despite the residual swell.

The class’s favourite race officers, Fiona and Nigel Denchfield, set a left handed trapezium course and sent us off under uniform flag at ten past twelve.

The tide was heading south-west against the beating fleet and those that stayed to the left of the course in the shallower water tended to pop out ahead of those that tacked early to go out to sea.  Sean McKenna, despite sporting his club mainsail after shredding his colourful best sail, rounded the windward mark first ahead of Angus Cook and Donald Sloan.  Sean was not troubled for the rest of the race by his co-competitors despite heading towards the council’s 200m 10 knot markers rather than the six foot yellow “minions” he should have been going round.  He did also poke himself in the eye with the golf stick he had taped to his tiller extension so he spent the rest of the regatta sporting an impressive black eye. On the second lap Hector Bunclark worked his way up to third ahead of Donald. Jenny Ball and Mark Pritchard came through the fleet to get 5th and 6th.

A sea breeze was starting to counteract the easterly and Race 2 was started in lighter wind and was shortened after a single lap with Sean again crossing first ahead of Steve Sawford, Hector, David Grant and Jenny.

Racing got going at a quarter to eleven on the Saturday.  There was a bit of rain in the air and the north-easterly wind was threatening to encourage a few people to lean out.  Jenny Ball made all the early running ahead of Hector and Ed Tuite Dalton. Liam Thom moved up to third in the second lap and followed Jenny right up the third beat.  Hector tacked well to leeward of Jenny and managed to climb up to the mark and rounded first with Angus appearing from nowhere having gone the opposite way up the beat.  Hector finished first ahead of Angus, Jenny, Liam and Mark. With Sean finishing well down the fleet this put Hector into the lead in the championship.

Normality was restored in race 5 and the usual suspects were at the business-end throughout with Angus ahead of Sean and Steve in the first lap.  Sean got ahead of Angus on lap 2 and Liam and Steve also pushed out Angus on the final lap.  Hector finished 5th with Sam Heaton behind him.

The blue haze was appearing as it had done the day before but there was still enough wind to beat against the strengthening ebb tide. Angus and Hector lead throughout ahead of Sean, Steve and Chris Murphy with the lead changing in Hector’s favour on the final lap. Meanwhile Liam had worked his way up to third ahead of Sean only to be overhauled on the line. Steve came in 5th ahead of unarig national champion Mark Aldridge.

Following a cheerful and loud evening at Flanagan’s some of the sailors were less than bright eyed and bushy tailed the next day but the four people still in contention for the championship had all ignored their fellow competitors’ best efforts to nobble them with shots of noxious drinks.  Sean needed a win from two races to guarantee victory whereas Hector was only two points behind and was discarding only a 5th.

The wind was about 8 knots but the tide was ebbing in the same direction so it was going to be another day of tricky beats to the windward mark.  There was a delay while the top two marks were put back where they belonged after drifting in the tide.

Liam nailed the start of race 6 and rounded the first mark in the lead ahead of Hector, Jenny and Angus. Sean was buried in the middle of the fleet which could make it interesting for the championship.  Liam extended his lead through the next lap while Sean worked his way through the fleet up to third.  All changed on the last lap when Liam and Hector tacked too early for the windward mark letting Jenny, Angus, Steve and Sean get ahead despite Sean having to do a turn for hitting the buoy.  There was further drama at the last mark when Sean tacked too early for the finish line and dropped to 6th.  Jenny took the win ahead of Angus, Hector, Liam and Steve.

Sean, Hector and Angus all had a chance of the championship going into the last race but the blue haze was appearing and with it the threat of the breeze vanishing.

Liam again made a good start and rounded first in front of Angus, Sean and Jenny but Hector was back in the peloton with his grip on the silverware slipping. Angus crossed the line marginally ahead on the first lap well to leeward of Liam but it was Sean that rounded the windward mark behind Liam on lap 2, Angus having perhaps overstood the mark on the left hand side of the course.  Sean rounded the last mark just behind Liam but managed to get his bow just ahead at the line. Jenny crossed third ahead of Steve, Angus and Hector.

Sean had got the first place he needed to take the championship in this format for the first time since 2013. Hector and Angus will no doubt be getting their names on the cups sooner rather than later.

We must say a massive thank you to all the members of Yaverland and Shanklin sailing clubs who helped on and off the water as well as the two race officers for giving their time to make this event run smoothly. 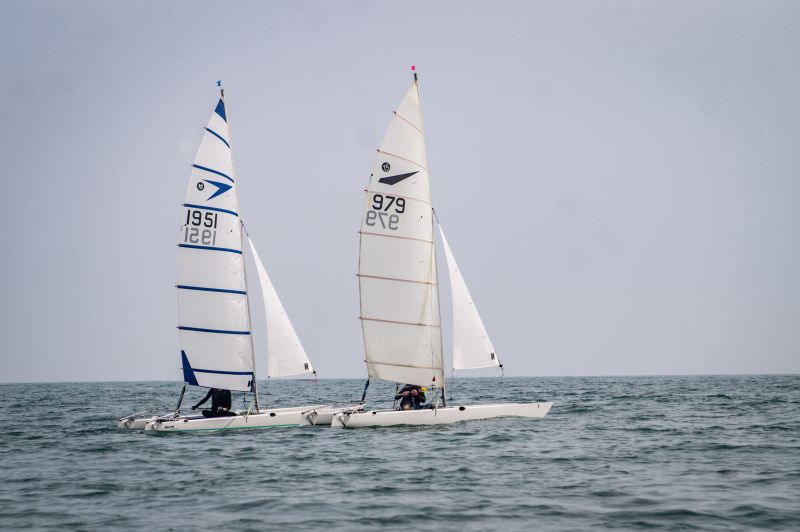 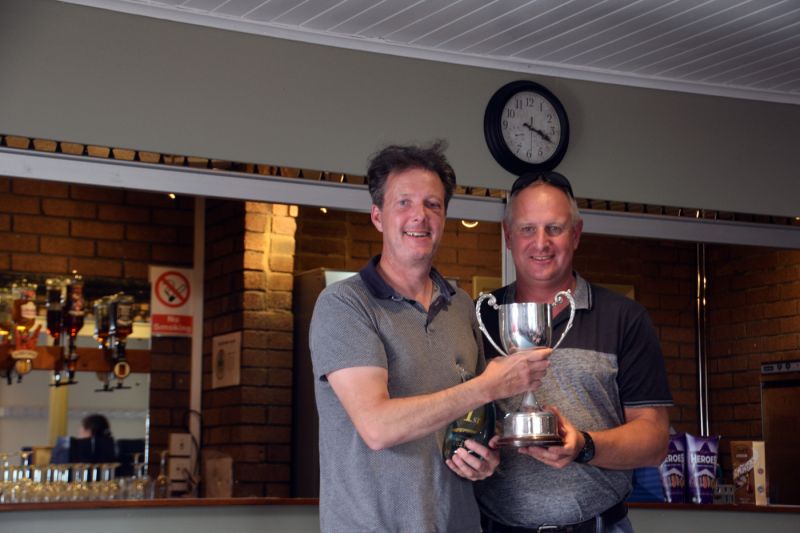 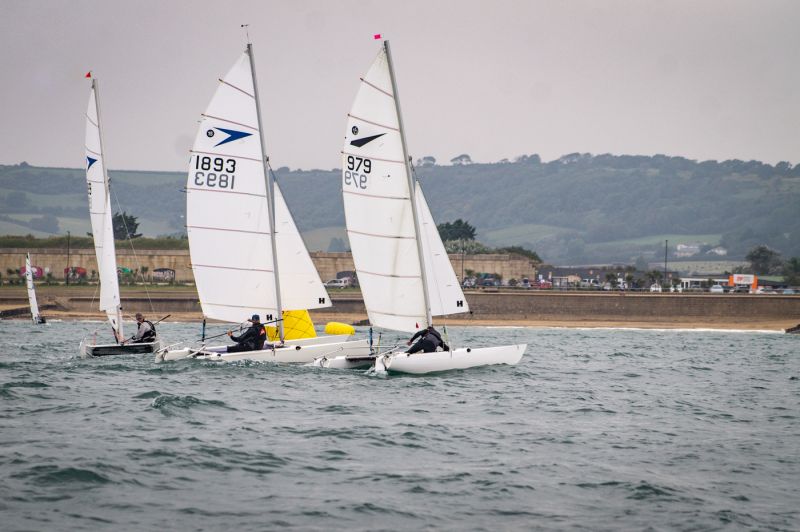 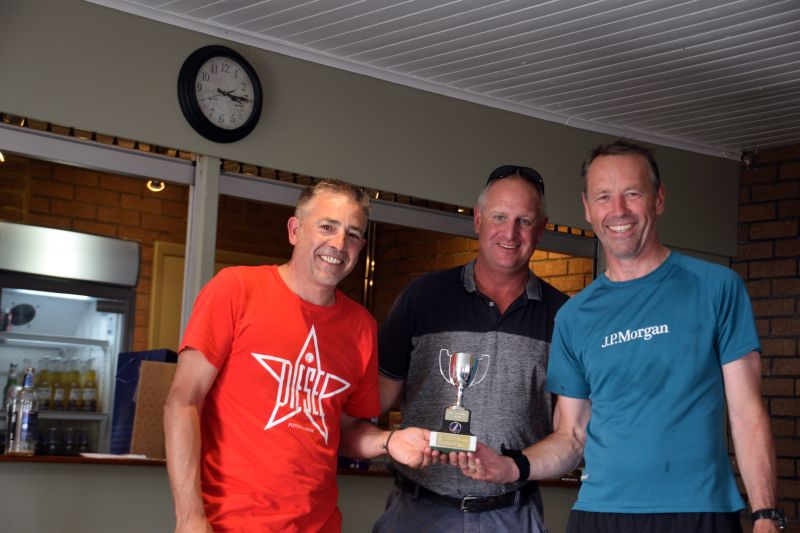 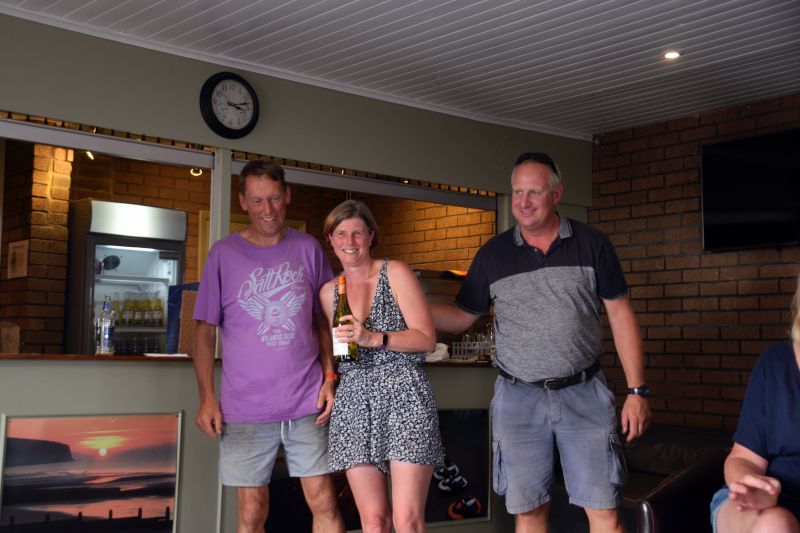 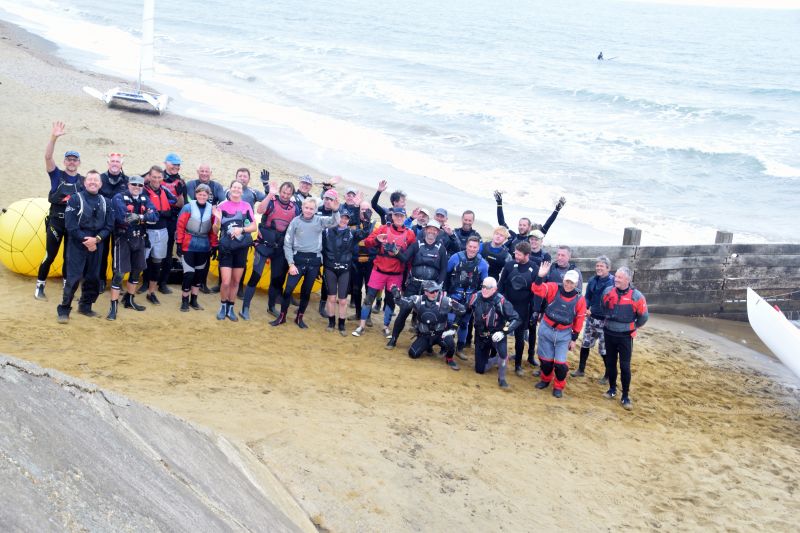 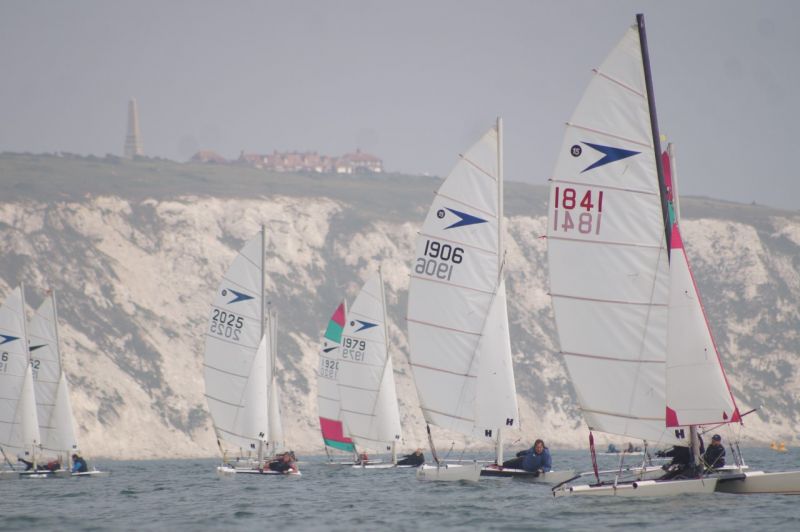 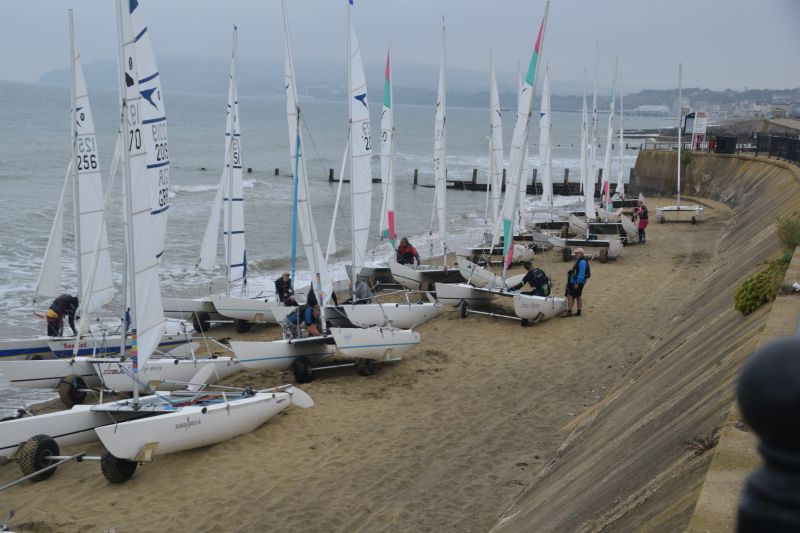